The following type of memory areas are most important: 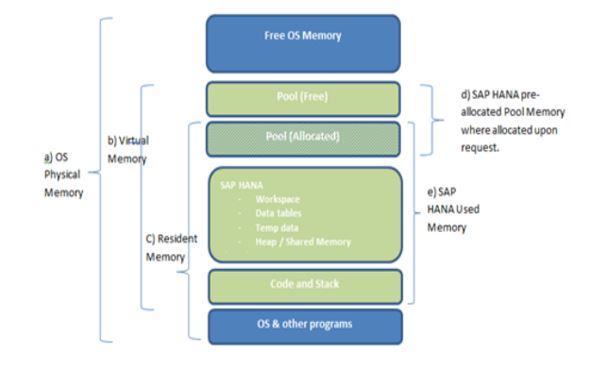 Normally the allocated memory should be fully contained in the resident memory, nevertheless there are a few exceptions:
If parts of the virtual memory are paged out to disk, the resident memory can be smaller than the allocated memory.
There are technical constellations where parts of the heap memory and the row store shared memory are marked as used, but not as resident.
The following illustration shows the relationship between physical memory, Linux virtual and resident memory,and SAP HANA’s pool and used memory indicators.
Note how changes in Used Memory (due to query execution do not affect the processes’ virtual and resident sizes). 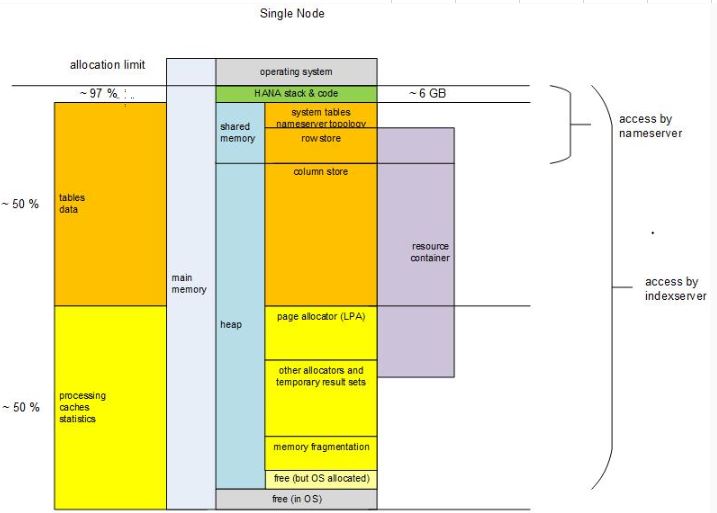 Hope it will cover explain the basic memory structure of SAP HANA.
For more detail you can refer KBA 1999997.